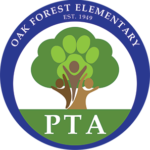 With the holidays coming up, one of the things that I think can sometimes be confusing is the idea of “nut free classrooms” or zones. Can you pack peanut butter or have nuts as a snack? A recent reminder from one of my children’s teachers proved that I am not the only one. So I spoke to Nurse Li to get some more details. Here’s what I found out:

You can pack peanut butter and other nuts in your child’s lunch.

But if your child is in a nut free classroom, you CANNOT have any tree nut or peanuts as a snack for your child or as a birthday or party treat for the class. An across the grade party, like they do in 3rd, means no nuts

If you are in a nut free class, that means there is a child in your class with a nut allergy.

When kids with nut allergies eat at the cafeteria, there is a nut free table where they go to eat. It is disinfected after each lunch session. After lunch they go to the restroom where (in theory) they wash their hands.

There are no such precautions in the classroom when it is snack time, and foods seem to be more easily shared during this time, although as any student from prek to 5th can tell you by now, sharing food is against the rules.

Sharing food is against the rules because sharing food could be deadly.

I could write more about this, but instead, let’s hear it from Noelle Reed. Her son, Jack, has a tree nut allergy. Jack is in the 5th grade. He is a wonderful artist, a gifted writer, and played a hilarious Tweedle-Dee in the school musical last year. (Might have been tweedle-dum, but still hilarious)

Here is his story: 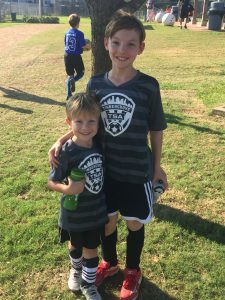 “We learned Jack had a nut allergy somewhere in the middle of nowhere between Brownsville and Houston. He was about four years old, and after eating a macadamia nut cookie, we watched with increasing concern as he went through what we learned later were the classic symptoms of an anaphylactic reaction – severe stomach pain, a sensation of choking (airways actually closing), and finally angry hives from his neck to his ankles. That last one turned on the light for us, and we stopped in Victoria where our doctor had called in a prescription for our first epipen. I rode the remaining two hours to Houston with my ear on Jack’s chest to assure myself he was still breathing (he, of course, had promptly fallen asleep). Since that day, we’ve had to train ourselves to read every food label, interrogate every waiter, avoid food trucks, and even quiz the moms and dads who have fabulous homemade treats at birthday parties about every ingredient (I ultimately just made a habit of bringing Jack his own cupcake). We had to train a four-year-old to NEVER accept food that his parents had not screened. When we went to Italy with the kids, we prepared a card in Italian advising of his nut allergy, and we once had a kind gelato clerk mime the ingredients in the ice cream cones so we could figure out whether they were safe for him. We had a few scares, when he ate something he thought might have been exposed to nuts, but we bumped along for several years without incident. Two years ago, though, we made a mistake. I made a mistake. I stopped at the grocery store on the way home from work. It was late, and I was in a hurry. I filled my cart with the basics and grabbed a few snacks to supplement the kids’ lunches. When I got home, Jack was still up- even though it was after bedtime. He helped unload the groceries, and when he saw a bag of kale chips, asked if he could try one. I said sure, no doubt happy that he is an adventurous eater who actually wanted to try a kale chip. He ate one. Just one. A few minutes later as he was tucking into bed, he said his throat felt funny. Within seconds he had run to the bathroom, clutching his stomach, feeling like he was gong to throw up. At that point we knew, but it took us a minute to figure out that it was the kale chips- it turned out they had cashews in them (go figure). As horrible as it was to watch Jack go through anaphylaxis, and to have to give him the epipen, and then spending six hours in the middle of the night at the ER (because that’s what you have to do in case there is a secondary reaction), by far the worst moment was when Jack looked at me with terror in his eyes and asked, “am I going to die?” “No,” I assured him, but I was not sure myself. And afterward, the thought I can’t shake every morning when I send him off to school or to an activity, is that no one loves that kid more than I do or understands his allergy better, but even I made a mistake. How easy it would be for someone else – a kid even — who just wants to share a granola bar or who totally understandably doesn’t know that the chips he is offering to Jack were made in a facility that processes tree nuts – to make a mistake. And that mistake might mean that Jack doesn’t come home. I actually remember being annoyed when our kids were in preschool that we couldn’t send in peanut butter sandwiches – my kids loved them! Why can’t my kid have peanut butter, I thought, just because someone else has an allergy. And I can’t stand being the nudge at every party asking if the host is SURE the cake doesn’t have almond oil in it or explaining to waiters the difference between peanuts and tree nuts (or tree nuts and gluten??). I get it, I really do. But it’s literally a matter of life or death for my son. Surely that’s worth more than a snack.”

I think we can all agree that it is.

2 thoughts on “When nuts can be deadly….”